A versatile N-channel Junction Field Effect Transistor is the 2N3819. It requires reverse biasing to turn off and runs in depletion mode. It is intended for frequencies in the medium to high range. Additionally, it is significant in VHF/UHF-based systems and has a high gain for wideband frequencies. It is a small-signal device that can be used in low noise applications for quick switching, signal amplification, and mixing.

Following is the pinout of the 2N3819 N-Channel JFET:

The pin configuration detail in tabular is mentioned below:

Only low side switching may be performed with this N-channel JFET. For the exclusive purpose of driving low-side power paths with N-channel FETs. But you can use any other P-channel JFET if you need to drive a high-side load. The 2N3819 JFET’s 100mA drain current is another significant point to be made in this context. Therefore, it will be employed for a task that only needs a 100 mA drain current or less.

In this section, circuits based on 2N3819 N-Channel JFET will be discussed.

N-Channel JFET as a Switch

The following circuit shows the example of 2N3819 JFET as a switch. A DC voltmeter is connected between Drain and source terminal to measure voltage across Drain terminal.

The 555 Timer IC receives voltage from the transistor source terminal via a connection to a 6–12 volt power source. An LED that illuminates when the timer activates and a buzzer that emits sound whenever a signal is detected are also connected to the IC. The 2N3819’s gate is wired with an antenna to pick up the AC field. The antenna will create a voltage whenever it detects a charge or a wave and transmit it to the gate terminal. The Timer IC is turned on and ID is changed when the gate voltage changes. As a result, the buzzer sounds to signal that a charge has been detected by the antenna, and the led begins to flash, indicating that the IC has been activated.

Two audio input channels are connected to the transistor gate, then coupling capacitors and variable resistors are used. The gain of N-Channel JFETs is high. A mixer operates similarly to an amplifier, with the exception of the variable resistors. When input signals are supplied, the voltage drop across the load resistor varies, changing the voltage drop across the gate voltage and the drain current, which amplifies the audio signal.

The mixing of audios benefits from the use of variable resistors. We may control the contribution of each input channel to the output blended and amplified signal by adjusting the resistances. As a result, the noises produced vary in volume. The output is connected to a capacitor, resulting in a high-quality signal as a result.

The following figure shows the 2d model of 2N3819 N-channel JFET. It shows us the physical dimensions of the components needed when a PCB card is designed. 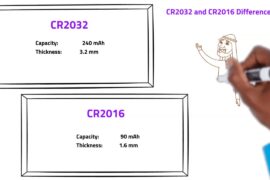 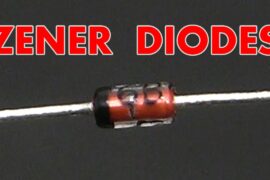