An infrared sensor is an electronic device that emits and detects infrared radiation to detect changes in its environment. This change may be related to temperature, humidity, color, sound, heat, etc. The wavelength of infrared is between 0.75 and 1000 microns, which is between the visible and microwave ranges of the electromagnetic spectrum.

IR LED is a kind of LED that emits light in the infrared frequency range. Infrared is invisible to us because its wavelength is much longer than the range of visible light. The main function of this luminous LED is to convert electricity into light. The beam angle of IR-LED is about 2060 degrees, and the range extends from a few centimeters to a few feet. The color of IR LED is white or transparent, so it can emit the maximum amount of light.

Most infrared sensors use the LM358 operational amplifier, which acts as a voltage comparator. Compare the threshold voltage set on pin 2 with the voltage of the photodiode series resistance on pin 3. If the voltage drop of the photodiode series resistance exceeds the threshold voltage, the output of the operational amplifier becomes high, which turns on the connected LED output, which is an object detection indication. 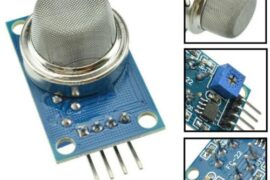